LCE has a team of coordinators and a wide network of highly qualified professionals who collaborate with our projects.

LCE creates diverse types of encounters related to language and culture. Each encounter is unique and we work with a group of experts in their respective fields who bring creative ideas to the project in which they participate.

Marcos has extensive experience with orientation sessions, field trips and cultural immersion activities for international students in Seville, and has taught courses in Spanish Culture and Civilization and Lectura y composición en español at the Pablo de Olavide University, Seville.

He has been involved in numerous multidisciplinary projects in journalism, literature, script writing, book edition, music and art for private and public institutions.

For Jane teaching is more than a profession, it is a passion. Maria Coronada has a degree in Journalism from the University of Seville and is a specialist in Institutional Communication as well as  Political and Digital Marketing.

She has worked at different press offices and has participated in the organization and publicity of many events related to consumerism, art, Contemporary creation, cinema, theatre, music and poetry.  She has also collaborated with several publications as well as news and entertainment programs on radio and television.
She likes poetry, cooking, eating, listening and speaking, not necessarily in that order.

Carmen Fonseca is a professor and researcher at the University of Huelva. Since 2002 she has directed the research group  ReALL (Research in Affective Language Learning). Her areas of research in language teaching include music and language learning, multiple intelligences, gender, communication and the affective component of language teaching. She has directed serveral research projects about music and reading abilities in a foreign language, and she is a member of the European Council for Languages which deals with linguistic policies for higher education.
She has given lectures and workshops for teachers’ organizations in many countries, for the Instituto Cervantes  and for national and international universities. Among her publications are the books  Melodies, Rhythm and Cognition in Foreign Language Learning (2016),  Inteligencias Múltiples en el aula de español como lengua extranjera (2012),  Inteligencias múltiples, múltiples formas de enseñar inglés (2002). 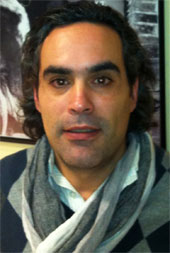 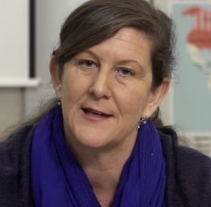 Paula has a PhD in Linguistics from the University of Louvain (UCL) in Belgium and an MA in Classical Philology from the University of Oviedo. She has been teaching Spanish as a foreign language in different European institutions for fifteen years and is now Premier Maïtre de Langues at the Institute of Modern Languages of the University of Louvain where she teaches Spanish and organizes the DELE exams, for which she is the chief examiner. She coordinates the Certificado interuniversitario de perfeccionamiento y actualización didáctica ELE at Louvain (UCL / KU Leuven) as well as the Rencontres didactiques (ELE), workshops organized at the UCL for Spanish teachers in Belgium.